You learn how to live with holes in your heart. You can’t patch them up, or plug them with other people, but you find ways to make it bearable.

Talk about an embarrassing introduction. On her first day of law school, Kailyn ran – quite literally – into the actor she crushed on as a teenager, ending with him sprawled on top of her. Mortified to discover the Daxton Hughes was also a student in her class, her embarrassment over their meet-cute quickly turned into a friendship she never expected. Of course, she never saw his betrayal coming either…

Now, eight years later, Dax is in her office asking for legal advice. Despite her anger, Kailyn can’t help feeling sorry for the devastated man who just became sole guardian to his thirteen-year-old sister. But when her boss gets wind of Kailyn’s new celebrity client, there’s even more at stake than Dax’s custody issues: if she gets Dax to work at their firm, she’ll be promoted to partner.

The more time Kailyn spends with Dax and his sister, the more she starts to feel like a family, and the more she realizes the chemistry they had all those years ago is as fresh as ever. But will they be able to forgive the mistakes of the past, or will one betrayal lead to another?

“Thanks for telling me it’s going to be okay.”
I return the smile. “That’s what people say when they don’t know what else to say.”

As someone who was once interested in becoming a lawyer, this book managed to hit two birds with one stone. I get to read a contemporary romance about lawyers? Sign me up!

The story focuses on Kailyn who gets tangled up in a court case of her former crush and rival in law school, Daxton, regarding who gets custody over his little sister Emme. Given their history, the lines of professionalism are blurred from the very beginning. As far as the story goes, it’s very vanilla: minimal conflict–nothing a conversation couldn’t fix, steamy love scenes, wholesome family content between siblings, the whole shebang.

I liked the story fine, but my main problem was the dialogue. Something about the nature of the dialogue felt very off and awkward to read. The dialogues were isolated and far removed from the setting of the story, as if the writer completely threw away the background and decided pure dialogue is all we need for a good story. The legal terminologies are thrown around as if the readers are already familiar with it, so if you’re not well-versed in them like me, having a dictionary on hand might be useful.

The climax of the conflict didn’t feel like a climax at all and maybe this can be attributed to the weak foundation of the storyline. Contemporary romances aren’t strangers to this, I’ve read countless stories that focus too much on the romance and butcher key elements that make a good story like setting, character development, descriptions, etc.

In other words, it was an okay read. Nothing special, nothing notable. It was a good time sink. I wish I could say something more positive. 2 stars. 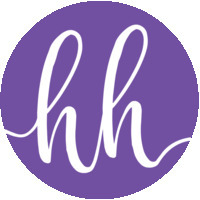 Helena Hunting is the author of The USA Today and NYT bestselling PUCKED Series. She lives on the outskirts of Toronto with her incredibly tolerant family and two moderately intolerant cats. She writes everything from romantic sports comedy to new adult angst.