And just like that, half of the year is over. Join us as we recollect the past six months and look forward to the next!

I really lowered my reading goal this year but I’m ecstatic to see that I achieved this in 6 months!

2. WHAT HAVE YOU BEEN READING?

Honestly, I’m still not over this book.

A follow-up to Legrand’s Furyborn, Kingsbane kept the standards high and left me wanting more for the third installment.

5. NEW RELEASE YOU HAVEN’T READ YET, BUT WANT TO

Some of these books were released as early as January of this year and I’m still optimistic that I’ll be able to read these before the year ends!

6. MOST ANTICIPATED RELEASE FOR THE SECOND HALF OF THE YEAR

The Queen of Nothing was originally supposed to be released in 2020 but the book gods have blessed us and now it’s going to be released this November! On top of that, Amanda Joy’s fantasy debut about two rival sisters is set to come up in October of this year as well.

I’m disappointed because the story only started kicking off at the halfway point, which is a little too late especially for such a renowned writer like Tahereh Mafi.

I did not expect The Unhoneymooners to seize my heart and hold it hostage throughout the entire book. I laughed, I cheered, I ached, and most of all, I enjoyed.

9. NEW FAVOURITE AUTHOR (DEBUT OR NEW TO YOU)

As someone who’s testing the waters for adult books, I was happy to have been able to read Crouch’s sci-fi novel Dark Matter, an amazing fast-paced novel that merges countless dimensions into one.

This series has been out for a few years and I only picked it up earlier this year. I’m glad that I did because it easily became one of my favorite series!

Again, no books have reduced me to tears this year. But I’m hoping for one to be a real tearjerker (I’m looking at you, The Queen of Nothing)

13. BOOK THAT MADE YOU HAPPY

This romcom-like nature of the story was enough to have me smiling throughout the entire book.

14. MOST BEAUTIFUL BOOK YOU’VE BOUGHT SO FAR THIS YEAR (OR RECEIVED) 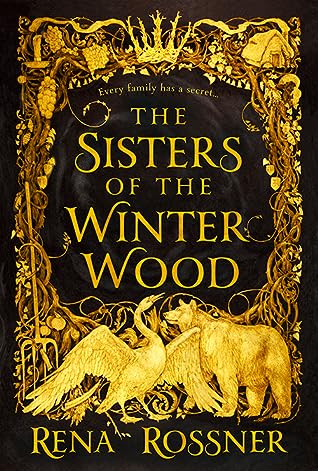 15. GOALS FOR THE REST OF THE YEAR

How was the first 6 months for your book goals?
Let us know in the comments below!